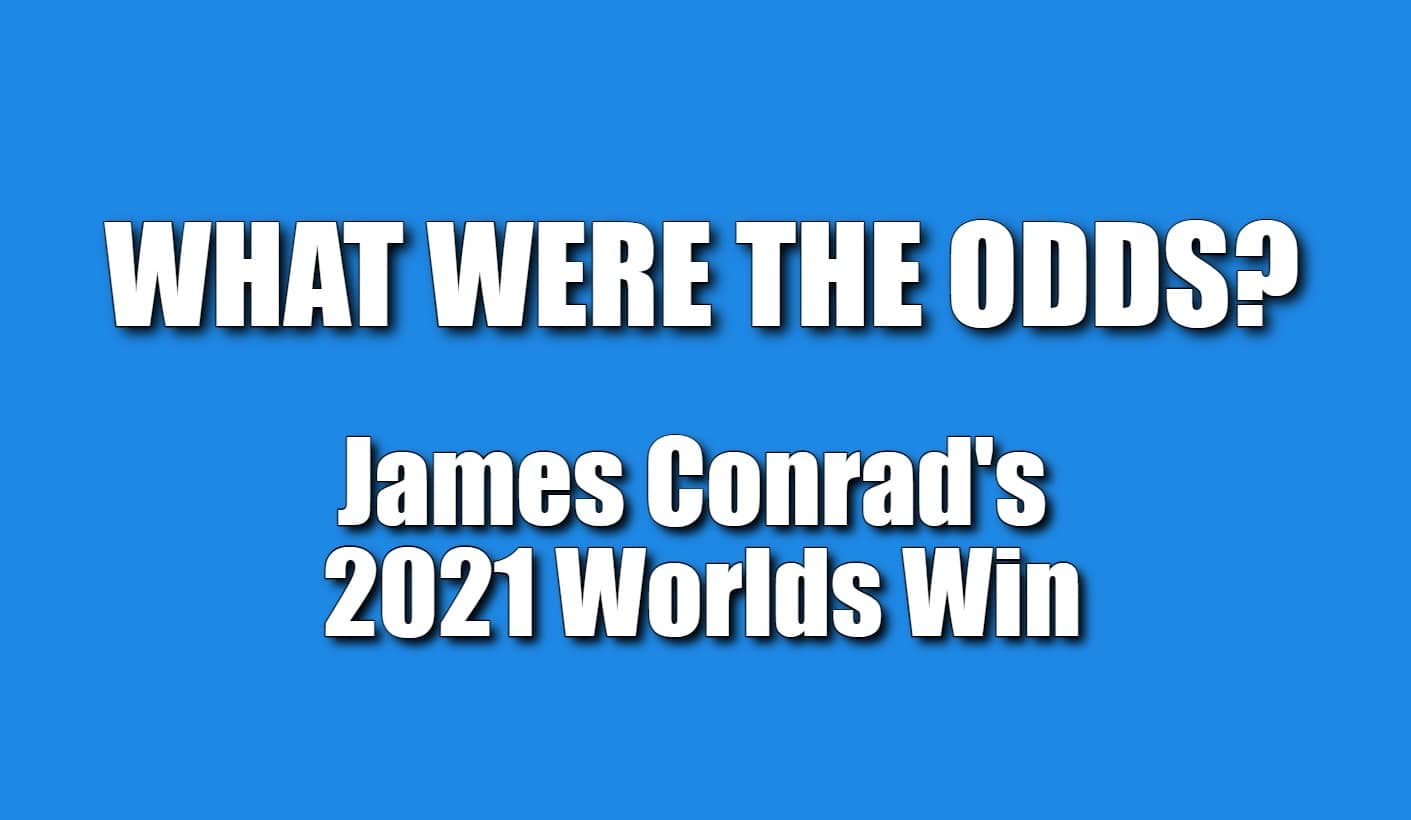 It will only take a few minutes to read this post, trust me, you will not regret it!
Too Long;Didn’t Read (TL;DR) at the end of this post and OP’s own post if you want to skip all the good stuff!
Full post can be found here, I highly recommend reading it! – https://www.reddit.com/r/discgolf/comments/snsby4/james_conrads_worlds_win_was_a_statistical/

How well did the elite level MPO disc golf players perform in the 2021 season?

Reddit’s user u/JWheel131 has put in the numbers and here’s what he came up with. It will expand your horizon and blow your mind at the same time.

u/JWheel131 starts off by saying: “Seeing some posts about Eagle being inconsistent, and knowing how to use Excel, I got curious to see if Eagle is actually more inconsistent than Paul and Ricky. So I looked up their round ratings from 2021, and started looking at some numbers.”

We’ll start with Paul.
So, what we have is a histogram with Paul’s rounds binned by rating (with a bin size just big enough to show a normal distribution), and a trend line in black showing how his average changed over the season. It’s interesting to me that the black trend line has a negative slope, basically showing that Paul was slowly getting worse as the season progressed. Probably due to the grind of travel and competing (don’t get mad at me yet, Paul is not alone with this trend, in fact it happened to everyone). So, here are some numbers for Paul’s 2021:

This tells us what we already know: Paul is really good at disc golf. The standard deviation, in particular, shows us his consistency. Statistically speaking, 68% of your rounds will fall within a standard deviation of your average. For McBeast, that means about 70% of the time he plays he will get a rating from 1032-1070. 15% of the time he’ll get a rating above 1070, and another 15% below 1032. (Naturally there is the huge cavate that this is all numbers and math, and has no bearing on actual performance.)

After showcasing multiple histograms and short summaries of some of the above-mentioned players, the OP then makes his way to James Conrad’s performance at the 2021 Worlds:
“That weekend, for 5 rounds, James played absolutely out of his mind. For 5 rounds he was either right at the top of his “expected” range, or exceeding his “expected” range averaging 1062 rated golf. Considering that you have about a 15% chance of exceeding your average plus one standard deviation (1058 for Conrad), James’ performance had about a 0.0076% chance of happening, or about 1 in every 13,000.
Add in the Holy Shot for good measure, and Conrad’s Worlds 2021 may be the best disc golf performance we will ever see.
TL;DR: James’ Worlds performance had about a 1 in 13,000 chance of happening. Eagle is only slightly less consistent than McBeth. Ricky is on another level.”
Just to clarify things a little! u/JWheel1313 said: “The 1/13,000 is only based on round ratings. The set of circumstances that led to the Holy Shot, and the actual execution of it in that moment… it could be a long time before we see something like that again.”

Where to watch the 2021 Disc Golf World Championships coverage?

2021 Disc Golf World Championships MPO coverage can be found on JomezPro YouTube Channel and right here! Here are the front and back 9 final round MPO lead card coverage.

Once in a lifetime occurrence? Maybe, but hopefully not!

I just want to add that I made a meme, right after the 2021 Worlds, about James Conrad’s “Holy Shot”. I used the “Spongebob Coffee Shop meme”, where Spongebob is sitting in the cafeteria, fingers crossed and staring into the abyss and the meme was captioned “When you realize “The Holy Shot” was probably once in a lifetime occurrence and from this point on, nothing will ever come even close to it”. 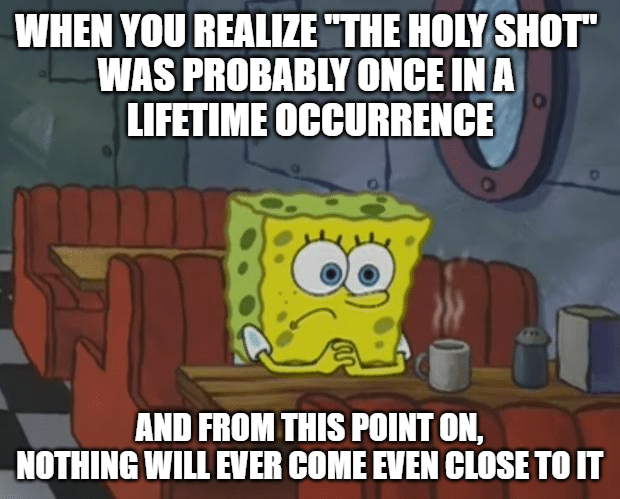