Hello, my name is Tõnis Soppe from Estonia, Europe. I’m a professional disc golfer and the editor of DiscGolfFanatic.com – a personal disc golf blog.

The best way to reach me is through one of my social media accounts, preferably Facebook or Instagram.

If I’d have to choose between throwing a forehand vs backhand on a wide open shot, I’d go with forehand. I feel like I can be more precise with my sidearm. In addition, I have an ongoing injury on my index finger which greatly interrupts my backhand grip, hence the forehand shot selection.

I think I have over 60 hole-in-ones so far, got over 20 in 2020 alone. I’ve thrown many aces at local weeklies and practise rounds, but not yet on a PDGA sanctioned event, but I am confident it’s just a matter of time til it happens.

The most money I’ve gotten from an ACE was 250 euros at Kurna disc golf course, where I managed to skip-ACE the 7th hole using my forehand.

I’ve also thrown an ACE on a PAR4. Even though the hole was only 325′ (99m), it was played as a PAR4 and I managed to ACE it. Meaning I got an ALBATROSS! Aceatross? Acebatross?!?

In addition, I will never forget my first hole-in-one in 2018 at Maarjamäe disc golf course, on a pretty short 50 meters (164 feet) PAR3 and that pure happiness feeling going through my body. 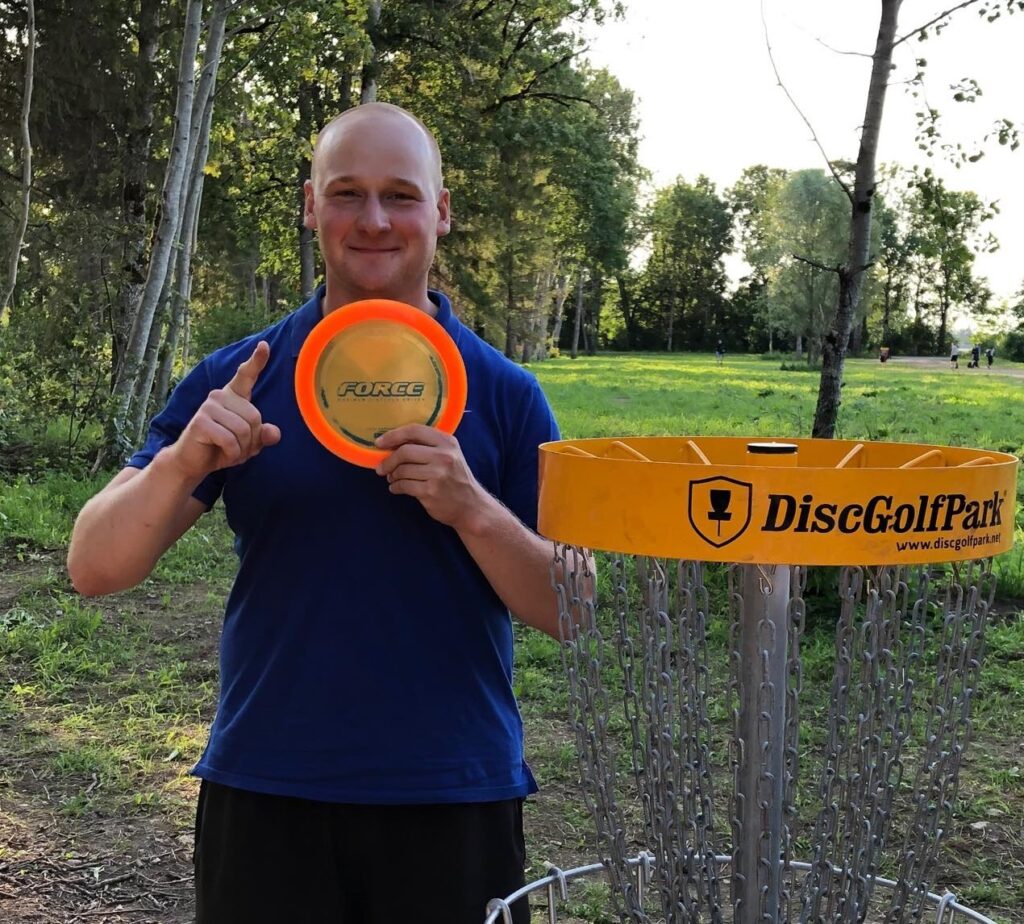 Why do I play so much disc golf?

Because I like the overall activity, fresh air, nature and spending time with my friends + that amazing feeling when you pure the shot aka hitting your line perfectly

How many rounds have I played?

I have played well over 2000 rounds of disc golf since I started back in the summer of 2016. This includes all sorts of rounds from 9-hole courses, which I rarely play to local weekly tournaments, practise rounds, bigger non-PDGA and PDGA sanctioned tournaments as well as those marathon type events.

Here’s my track racord of 1746 competitions and training rounds since 2017 til 31st October 2021. Stats by DiscGolfMetrix.com.

When I first started playing I kept score on a simple disc golf app, I remember that I had around 400 rounds recorded on the app, but all the recorded rounds were deleted as I uninstalled it in 2017 and started keeping score in DiscGolfMetrix. 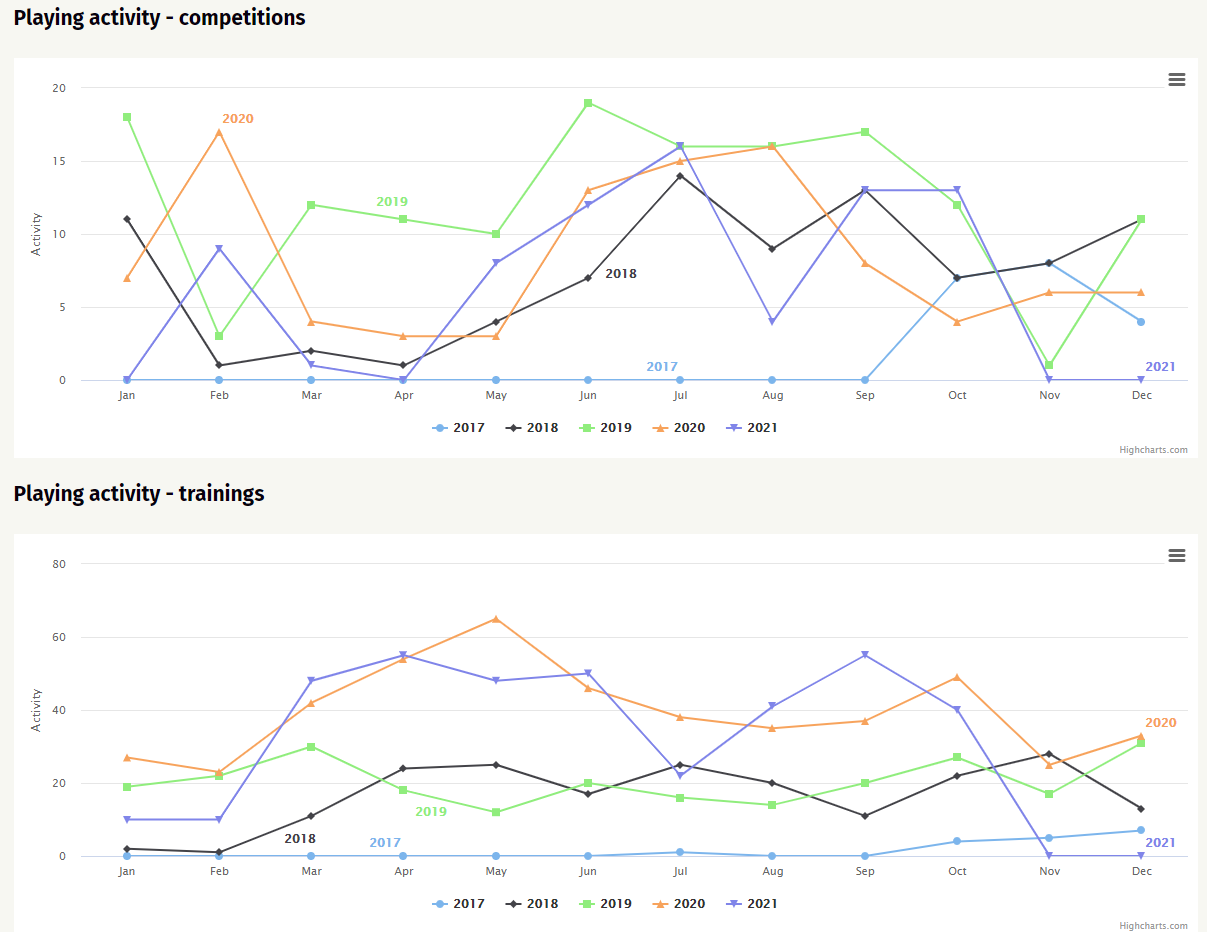 Do I practise disc golf?

Yes, but obviously not enough is the correct answer. During the season, I’ve been irregularly doing fieldwork on my own, but as I play so much, not that much putting practise. To specify, playing regular disc golf rounds is NOT practising, by practising I mean fieldwork or putting session only

On the off-season I’ve been going to DG Academy training sessions, run by Silver Lätt and Kristin Tattar, for 3 years now and I plan to continue in the future. They run weekly training sessions at a local disc golf shop, which include different indoor putting drills and driving into the net or if the weather holds outside group trainings to finesse players form or to maintain form.

Where did the blog’s name originate from?

As I have played more than 2000 rounds in 5 years, it’s pretty safe to say I’m addicted to disc golf and love every second of it. Just like a true fanatic, hence the name, Disc Golf Fanatic.  FIY: This does not include endless hours of fieldwork, puttinig practise nor watching disc golf related videos/tournament live coverages and etc.

I play so much that even Kristin Tattar has mentioned me in one of her interviews. Even though it’s in Estonian, you can Google translate it and enjoy the read here  https://discgolf.ee/blogs/news/kristin-tattar-kusimused-x-vastused

Question to Kristin Tattar: How many rounds have you played?
Answer from Kristin: Probably more than your average player, but definitely less than Tõnis Soppe (me). 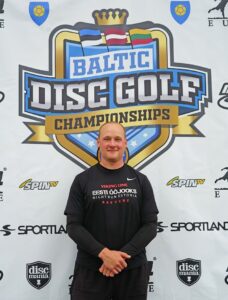 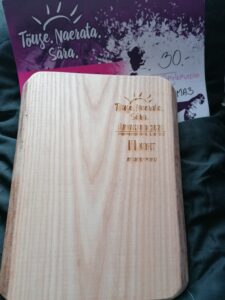 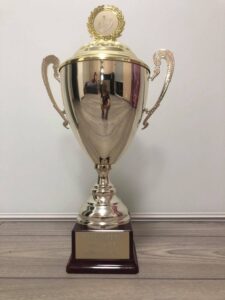 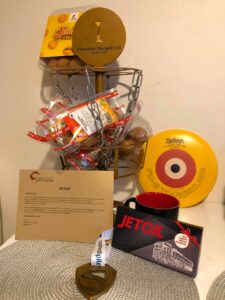 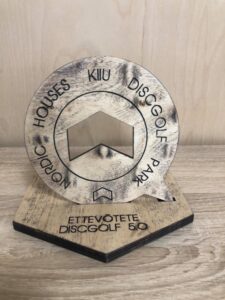 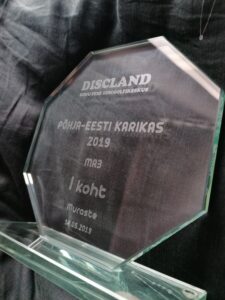 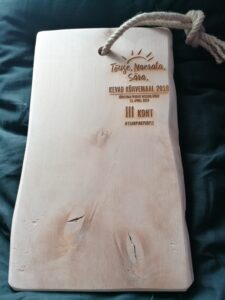 Consider yourself lucky! Here's a sneak peek of th

Today was a good day - Tossed a few discs with the

It's THAT season again 😖

Layups are for basketball ...

There's a first time for everything 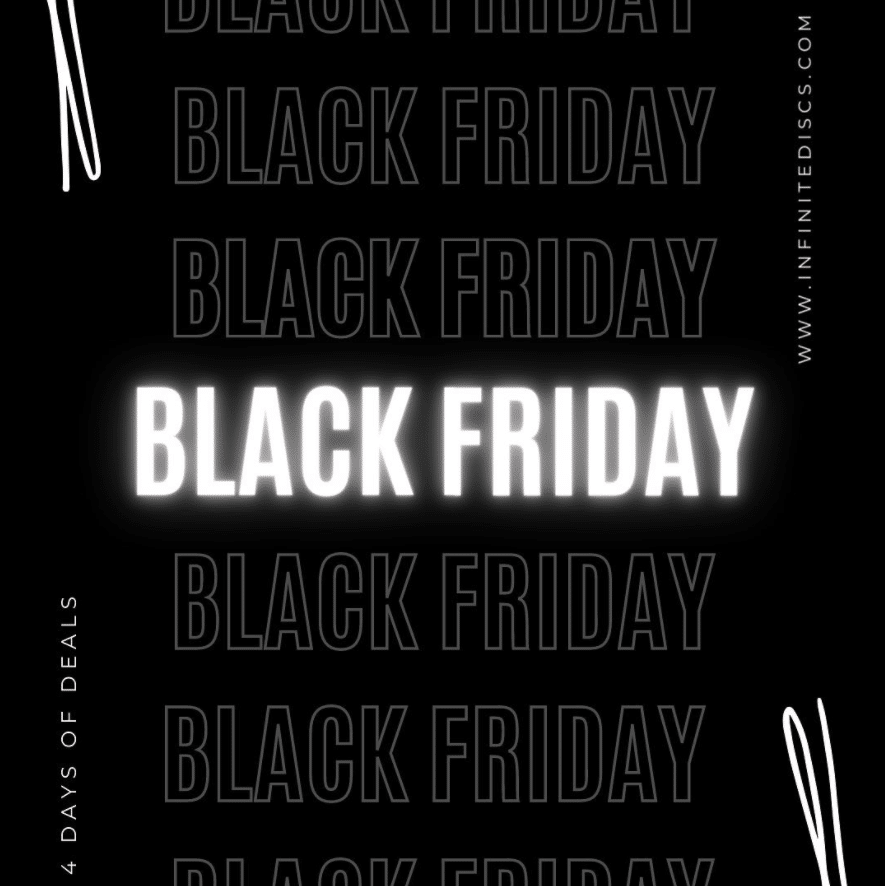