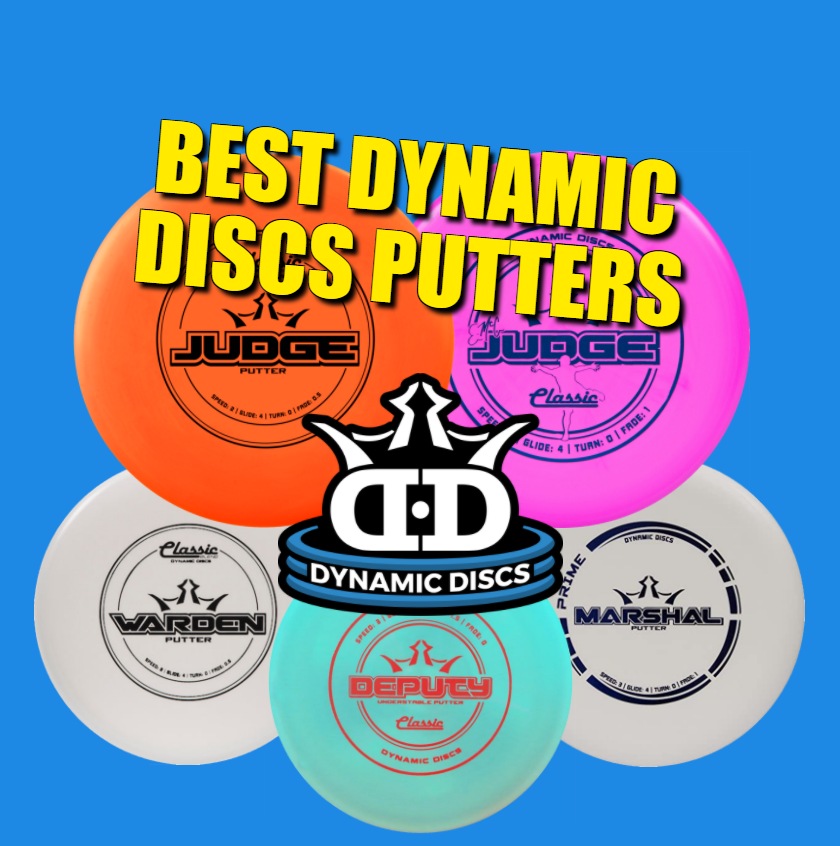 If there’s one thing that would elevate your disc golf game, it’s none other than making more putts. Disc golf putters are versatile, easy to control, comfortable to throw, and highly accurate.

If you’re trying to aim at a nearby target with utmost accuracy, a putter is a perfect disc to reach for. In addition, you can also throw a putter for approach shots and even cover long distances.

With the games’ rapid growth in recent years, more and more people showing interest in the game, it has led to the arrival of a plethora of brands in the market. However, Dynamic Discs still remains one of the leading manufacturers in the industry. In this blog post I am going to introduce you to the best Dynamic Discs putters you should most definitely try out. Whether you’re a beginner or a professional disc golfer, the following putters from Dynamic Discs will surely amaze you and help you dominate on the putting green.

My #1 Pick and the Best Dynamic Discs Putter

The Judge is the most popular putter from the Dynamic Discs line up and a go-to putting & throwing putter for a lot of professional and amateur disc golfers.

The Dynamic Discs Judge was first released in 2012 and became an instant success, it also won the 2013 Disc of the Year in the Player’s Choice Awards. The company labels the putter “versatile,” and it’s 100% correct! Above all its other aspects, Judge has a small rim and bead make it feel very comfortable in your hand. In addition, it has a glide rating of 4, which makes it stay in the air a bit more than your regular putter, making it easier to cash in those longer putts. Hence, if you are constantly hitting the basket’s rim, you got to try out the Judge!

Overall, the Dynamic Discs Judge has a predictable & straight flight path and is most definitely worth trying out! Grab yours here on InfiniteDiscs.com.

A personal favorite of the 2010 World Champion, Eric McCabe, the EMac Judge occupies the second spot on the list. Most disc golfers assume EMac Judge and Judge are the same in features and capabilities. However, it is not so.

The main difference between the regular Judge vs EMac Judge is its microbead. This bead immensely helps players of all levels of expertise have a great release from the get-go. Moreover, the putter has a neutral flight path. This comes in handy when you’re trying to throw shots such as approach shots, accuracy off the tee, or even putting. Check out the EMac Judge here on InfiniteDiscs.com. 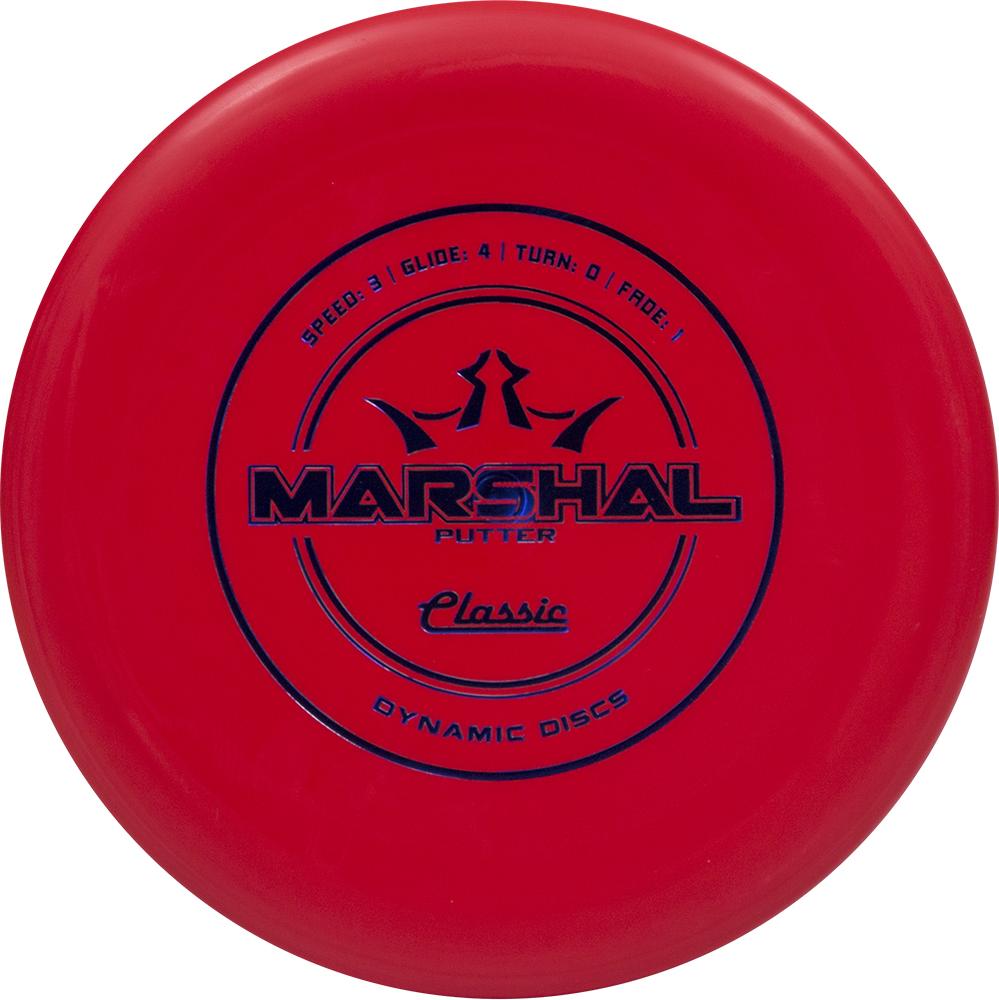 The third putter on the list is the Marshal from Dynamic Discs. It’s also one of the best-selling putters from the manufacturer.

Starting from the design, Marshal has a slimmer profile than your regular putters and it has a microbead just like the DD Judge. This makes it fit firmly and comfortably in most of the player’s hands.

Last but not least, the next highlight of the putter is its stability. It maintains a straight flight path and has a negligible fade towards the end like other putters I’ve introduced to you so far. Interested? Grab your Marshal here on InfiniteDiscs.com. 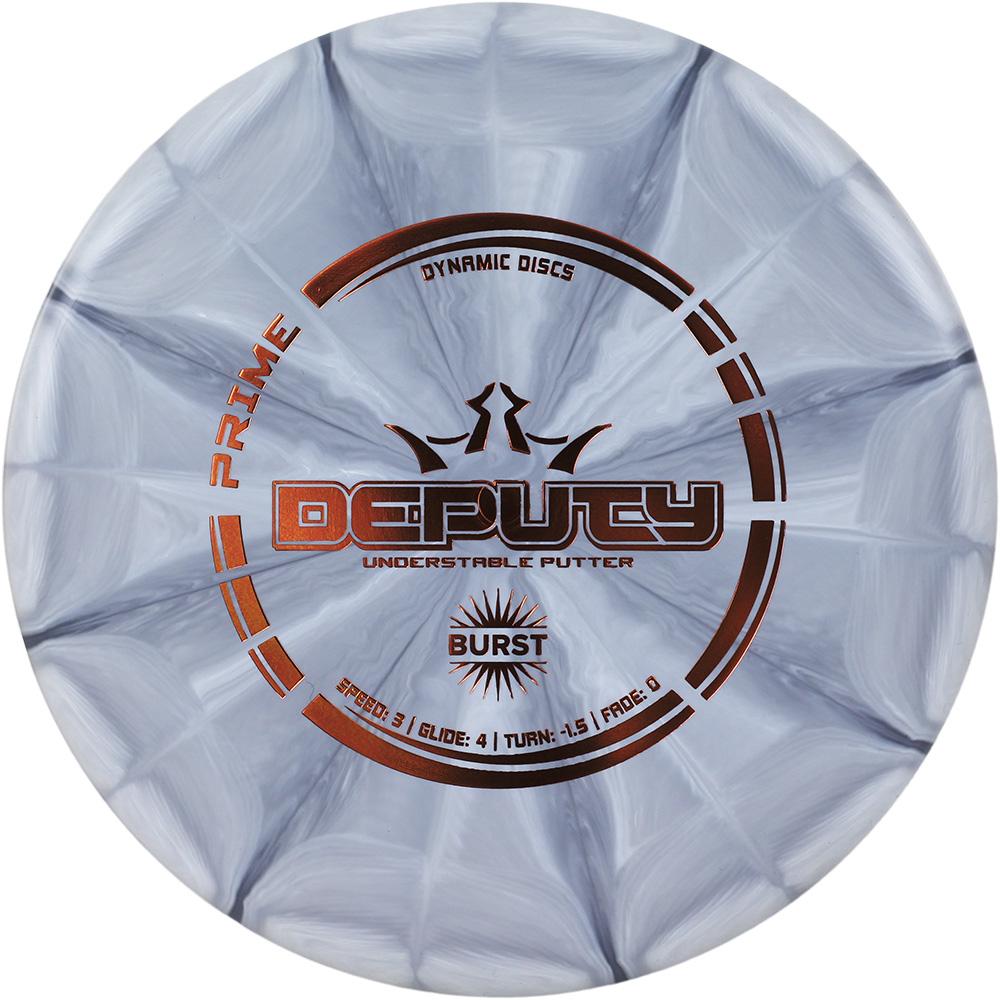 This Dynamic Discs Deputy is the only understable putter on the list. However, you shouldn’t undermine its capabilities. Despite being less stable than the other putters, Deputy is highly capable of scaling straight as well as turnover flights with ease.

Whether you have a slow arm speed or fast, you can’t go wrong with the putter. Furthermore, its shallow design and beadless profile stick to the hands.

If you ask me which one is better among Dynamic Discs Judge, Warden, Marshal, and Deputy, I’d bid for the Deputy. The best shots you can attempt using the putter include straight putts, turnover off the tee, and touch upshots. Get one here on InfiniteDiscs.com.

The last putter on the list is the Warden, the beadless version of the Judge.

The flight ratings, again, are similar for both of the putters with the fade being the sole difference between the two at 0.5 for the Warden and 1 for the Judge. So, if you are looking for a putter which is very similar to the Dynamic Discs Judge, but with less fade, you should most definitely try out the Warden. Check out the Warden here on InfiniteDiscs.com.

You’ve probably figured it out by now, but every putter in this list is very similar to the Dynamic Discs Judge, which comfortably sits in the #1 position in the list. The Judge is just that good of a putter, so why not duplicate it? Just a few minor modifications here and there, slightly changing the fade, having a bead or no bead, but overall very much alike.

It doesn’t matter if you’re just stepping into the disc golf world or already are an avid disc golfer, if you are struggling on the putting green or looking for a straight flying disc golf putter from the Dynamic Discs line-up, these are the 5 best ones I would recommend in a heart beat. These putters are not only easy to throw, but their deadly accuracy does the actual talking.

Have a try and let me know which of these Dynamic Discs putters made it to your bag. Till then, happy disc golfing!

Check out the Best Putters by clicking here – https://discgolffanatic.com/best-disc-golf-putters/

What putters professional disc golfers use?

I’ve compiled a list of professionals disc golf players and what kind of putters they use. Check it out here!