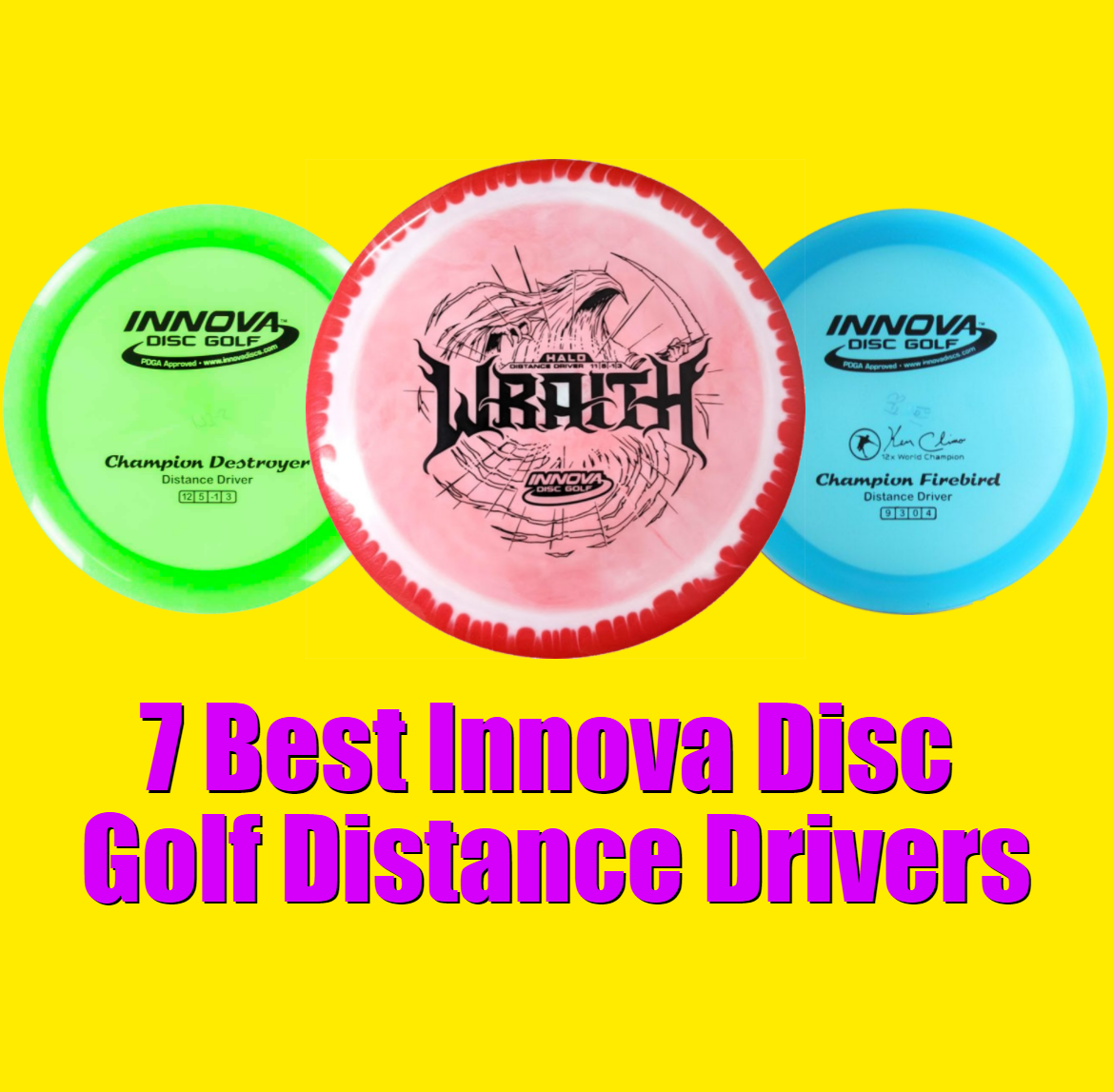 Ever wondered and asked yourself: “What’s the best Innova disc golf distance driver?”, but don’t know the answer to?

I’ve been wondering the same thing, so I decided to ask Reddit r/discgolf users and a few other Facebook disc golf group users the same question.

The poll received a staggering 1255 votes and included a list of 30 most famous Innova disc golf distance drivers throughout time. Starting from Ape, Archon, Beast, Boss and finishing with Viking, Vulcan, Wraith and Xcaliber and everything inbetween, such as Shryke, Destroyer, Tern, Firebird and etc.

Here are the results and a list of the Best Innova Disc Golf Distance Drivers, voted by 1255 disc golfers.

Innova Wraith is THE BEST Innova Distance Driver getting a total of 203 votes out of 1255, that’s an astonishing 16% of the total votes.

Why is the Wraith the best Innova distance driver?

Mainly due to two reasons, the Innova Wraith is a beginner-friendly distance driver, but also widely used by the professional disc golfers. The Innova Wraith is usually used for throwing long hyzerflips and is loved by the beginners due to it’s understability. The DX plastic suits best for beginners as it’s very cheap and grippy. If you are looking for more durable plastic, I’d recommend checking out the Halo Star, Champion or Star plastic. Grab your Innova Wraith here on InfiniteDiscs.com.

The Destroyer also got more than 16% of the total votes, receiving a total of 201 votes out of 1255, that’s only 2 votes less than the Innova Wraith! That’s one hell of a close race!

As I mentioned before, Innova Destroyer is probably the most iconic disc golf distance driver out there. It has been and still is a go-to distance driver for most of the Innova professional disc golf players and amateurs all around the world.

The Destroyer suits ideally for both forehand and backhand drives off the tee and even on the fairway. The previous Paul McBeth Innova Destroyers were quite overstable and handled the wind extremely well, but it required a big arm to get any distance out of it. As soon as Ricky Wysocki rejoined the team Innova, they redesigned the Destroyer a bit, making it just a little bit less overstable than it was before. With the new redesigned flight path the Innova Destroyer really came to life and quickly became #1 selling disc on InfiniteDiscs. Grab your Innova Destroyer here on InfiniteDiscs.com.

Firebird, unlike the first two, is a fairway driver, but a driver nonetheless. Innova Firebird is a very overstable disc golf driver and has a massive fading hook at the end. That’s why it can be used to tackle all sorts of windy conditions and still remain super reliable.

Some Innova Firebirds are extremely valuable amongts collectors. A few of them have been sold for more than 1000$ a DISC! Which is INSANE!
For more information, I highly recommend reading Ultiworld’s Disc Golf article about “The Rise of the Sexton Firebird” – https://discgolf.ultiworld.com/2020/08/11/the-rise-of-the-sexton-firebird/

No wonder the infamous Innova Firebird finishes in the 3rd place as one of the best Innova disc golf distance drivers. Grab one here on InfiniteDiscs.com.

Innova Thunderbird received 96 votes out of 1255, which equals to 8% of the total votes.

Much like Innova Firebird, the Innova Thunderbird is an overstable fairway driver, best described as a seasoned Firebird with less fade as it’s not that overstable.

Innova says that Thunderbird has the stability of a Teebird with the speed of a Valkyrie.

Finishing up the TOP5 of the best Innova distance drivers is the Innova Shryke. Receiving a total of 85 votes, 7% of total.

The Shryke is a very easy-to-throw understable disc golf distance driver, which suits for a wide variety of players. It’s a high speed driver and when thrown on a correct hyzer angle will do a huge hyzerflip, meaning it will go extremely far. Shryke suits both for backhand and forehand drives. Pick one up here on InfiniteDiscs.com.

In the sixth place of the best Innova disc golf distance drivers, we find the Innova Valkyrie with 84 votes, 7% of total votes. Just 1 vote behind the 5th place.

Innova Valkyrie is an understable fairway driver, which in it’s lighter weights gives beginners the extra distance they might be looking for and advanced players use the disc mainly for rollers and huge turnover shots. Grab yours here on InfiniteDiscs.com.

Innova beast is an understable distance driver by, you guessed it, Innova. It’s a fast driver and a great disc for newer players, but was also heavily used by the world champion Barry Schultz. It’s well known for its maximum distance, tailwind shots and hyzerflips. Check out the Innova Beast on InfiniteDiscs.com. 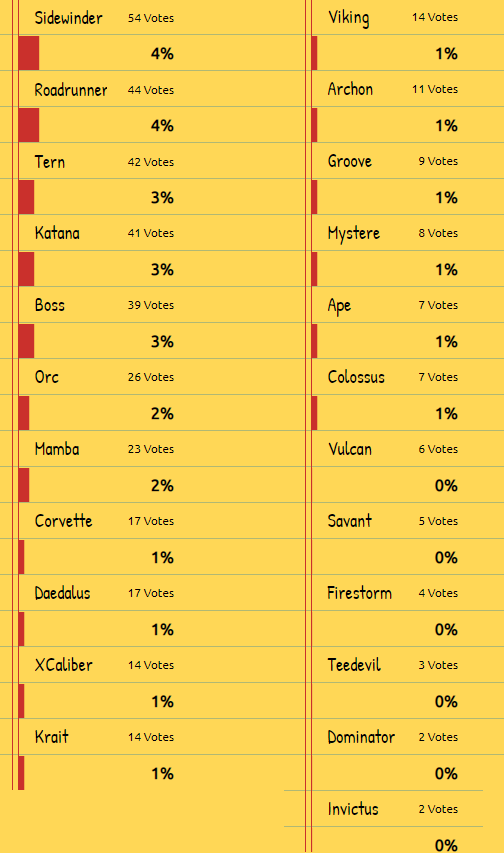 If you are looking for the best disc golf distance drivers, take a look at this list – https://discgolffanatic.com/best-disc-golf-distance-drivers/