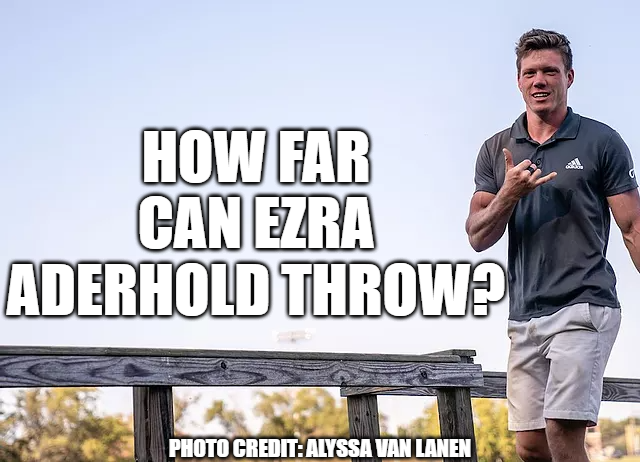 Ezra Aderhold, PDGA #121715, is a professional disc golfer from Aberdeen, South Dakota, United States. He’s been member of the PDGA since 2019 and is probably one of the most hyped up disc golfers in recent years and for a reason. Aderhold can throw 600+ feet shots, has a supersolid putt and overall a nice guy. He is very active on social media platforms as he constantly puts up new content to his Instagram page and Youtube channel. In addition, he just signed a 2-year deal to join Discraft Elite Team through 2022.

Can Ezra Aderhold live up to the hype? Only time will tell!

Now back to the main topic, exactly how far can Ezra Aderhold throw?

Lucky for us, Ezra Aderhold also participated in Eagle McMahon’s “1 Mile Challenge”, where the goal was to throw as few shots as possible to beat the 1 mile distance marker. That’s ~1610 meters, 1760 yards or 5280 feet.

How did Ezra Aderhold perform in the 1 Mile Challenge?

How far can Ezra Aderhold throw?

Ezra Aderhold has thrown an Innova Boss to a distance of 656 feet (200 meters), this incredible feat was also captured by the GK Pro camera crew as Ezra and other professional disc golfers were playing OTB Tour Skins on the Disc Side of Heaven disc golf course. Though, we should take into consideration the fact that during his throw, there was a decent tailwind, which probably helped out quite a bit. Nonetheless, when the conditions are ideal and everything clicks, I am pretty sure Ezra Aderhold can throw bombs out there, which have the potential to break the 700 foot barrier (213+ meters). 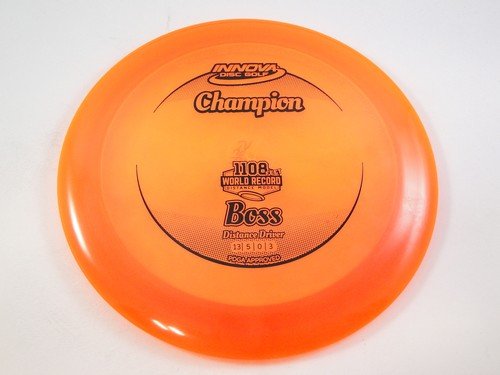 Be sure to check out Ezra Aderhold’s EPIC 656 feet drive here on GK Pro Youtube channel:

As Ezra Aderhold is now part of the Discraft Elite Team, he will be throwing Discraft discs, especially his own Tour Series Cryztal Z blend Nuke. The Discraft Nuke is one of the most popular distance drivers in the world, it’s flight path is similar to Innova’s Destroyer or Discmania’s DD3. 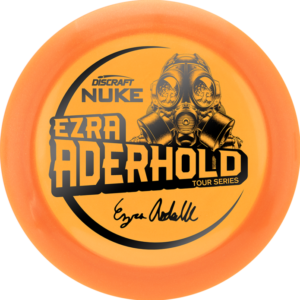 If you are looking for more disc golf distance drivers, I’d recommend you to check out these 12 distance drivers – https://discgolffanatic.com/best-disc-golf-distance-drivers/

If you made it this far, I highly recommend subscribing to Ezra Aderhold’s YouTube channel.

Here’s a video of Ezra throwing everything he has in his bag, including his bag.

Something isn't adding up 🤔