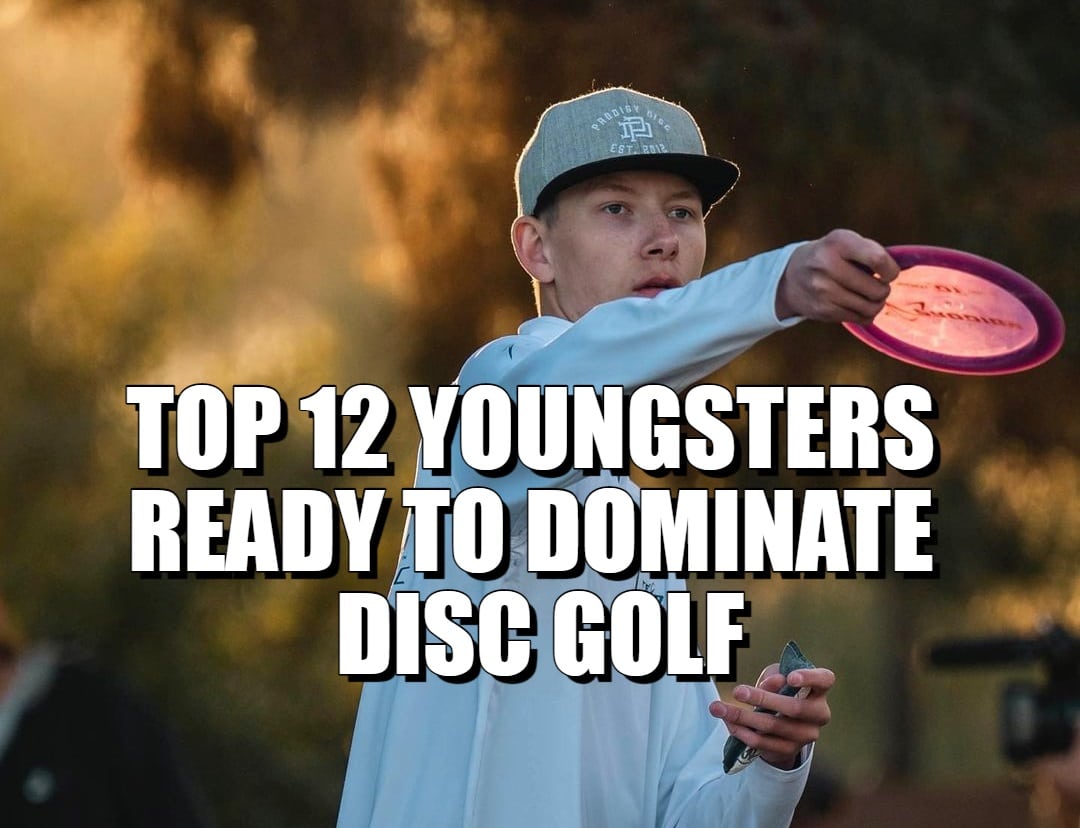 As disc golf’s popularity soars around the world, more and more youth players are falling in love with the sport and developing their games. There’s never been more emerging talent than right now, and that trend should only continue.

Here are 12 players — six in MPO and six in FPO — to keep an eye on over the next decade.

The 16-year-old from Urbandale, Iowa, already is the 14th highest-rated player in the world at 1037. In 2017, he won the PDGA world Junior III Boys championship by an astounding 30 strokes. Two years later, he won the Junior 15U Boys world title by 26 strokes. Turning pro, he played the national tour circuit for the first time in 2021, earning top-five DGPT finishes in The Preserve and the DGPT Championship. He also finished 12th in the U.S. Championship, and finished 21st in the DGPT season points standings, earning rookie of the year honors. He opened 2022 by leading the DGPT Las Vegas Challenge for most of the final two rounds before finishing second in a playoff to Drew Gibson. It seems only a matter of time before Buhr entrenches himself at the very top of the sport.

The 22-year-old from Boras, Sweden, boasts a 1035 rating and eight A-tier victories so far, all in Europe. For the first time since 2019, he is playing on the national tour. He finished 17th in Las Vegas and 21st in the DGPT Waco Charity Classic, and stands 16th in the current DGPT season points standings.

The 21-year-old (he turns 22 in April) has been considered one of disc golf’s top prospects since he won the world and U.S. Amateur championships in 2015. A three-time A-tier champion as a pro, he has never played the national tour full-time (primarily because of school/college) — though he did participate in 11 national tour events in 2021, with a top finish of second in the DGPT OTB Open. It still feels like we haven’t seen anything close to his full potential.

The 20-year-old from Kuopio, Finland, has already excelled as a pro in Europe, winning the 2021 European Championship and the Prodigy Pro Tour event in his hometown. He also won twice on the Prodigy Pro Tour in 2020, the year he claimed the Finnish Nationals title. He currently boasts a 1032 rating, with a high of 1034 last August.

The teenage amateur (he’s either 18 or 19, I’m not sure which) from Hamm, Germany, has won 40 of the 57 PDGA-sanctioned events he has played in his career (including 16 open victories), though none of them have come above a B-tier level. He carries a 1030 rating, with a peak of 1031 last October.

The 20-year-old from Wisconsin, has risen to become the No. 5 FPO player in the world by PDGA rating (970) and has four national tour victories, all coming last year. She also won the DGPT Tour Championship in 2020, and finished fifth in the 2021 DGPT season points standings. She opened 2022 with a fourth-place finish in Las Vegas.

Be sure to check out Hailey King‘s Instagram – https://www.instagram.com/kinghailey33/

The 22-year-old from Universal City, Texas, just won her first-ever DGPT and national tour event in Waco, but she was ascending the FPO division before that triumph. The three-time junior world champion ranks 11th in the world with her 952 rating. She placed third in the Throw Pink Championship last year, along with seven other top-10 finishes in national tour events.

The 19-year-old from Kingston, Tenn., is the No. 12 FPO player in the world by PDGA rating (950), and last year she was the world’s best female putter, making 84% from Circle 1X and 19% from Circle 2 (she is at 80% and 17% early in 2022). She won the DGPT Silver Series Mid America Open last April for her second career A-tier victory, and placed second in the DGPT Championship, along with top-10 finishes in nine other national tour events.

Valerie’s 21-year-old sister — who like her is a three-time world amateur champion, across three different levels — has raised her rating from 888 in early 2020 all the way to a career-best 945. She won her first A-tier title (the Oklahoma Open) last year and had six top-10 national tour finishes, along with a 10th-place finish at worlds.

The 20-year-old from Rose Bud, Ark., continues to rise up the ratings chart — from 900 at the start of 2021 to 931 this year on March 8. Already a three-time A-tier winner who placed in the top five in a pair of DGPT Silver Series tournaments in 2021, she started her 2022 season by finishing ninth in Las Vegas and fourth in Waco, and is fourth in the current DGPT season points standings.

The 22-year-old from Ninnekah, Okla., has steadily improved and is at a career-high 937 rating. She opened her 2022 season with a 12th-place finish in Las Vegas and a fifth-place effort at the A-tier Memorial in Arizona. She made only two national tour appearances in 2021, but one of those was an eighth-place finish in the Dynamic Discs Open. She also made the top-10 in a pair of DGPT events in 2020.