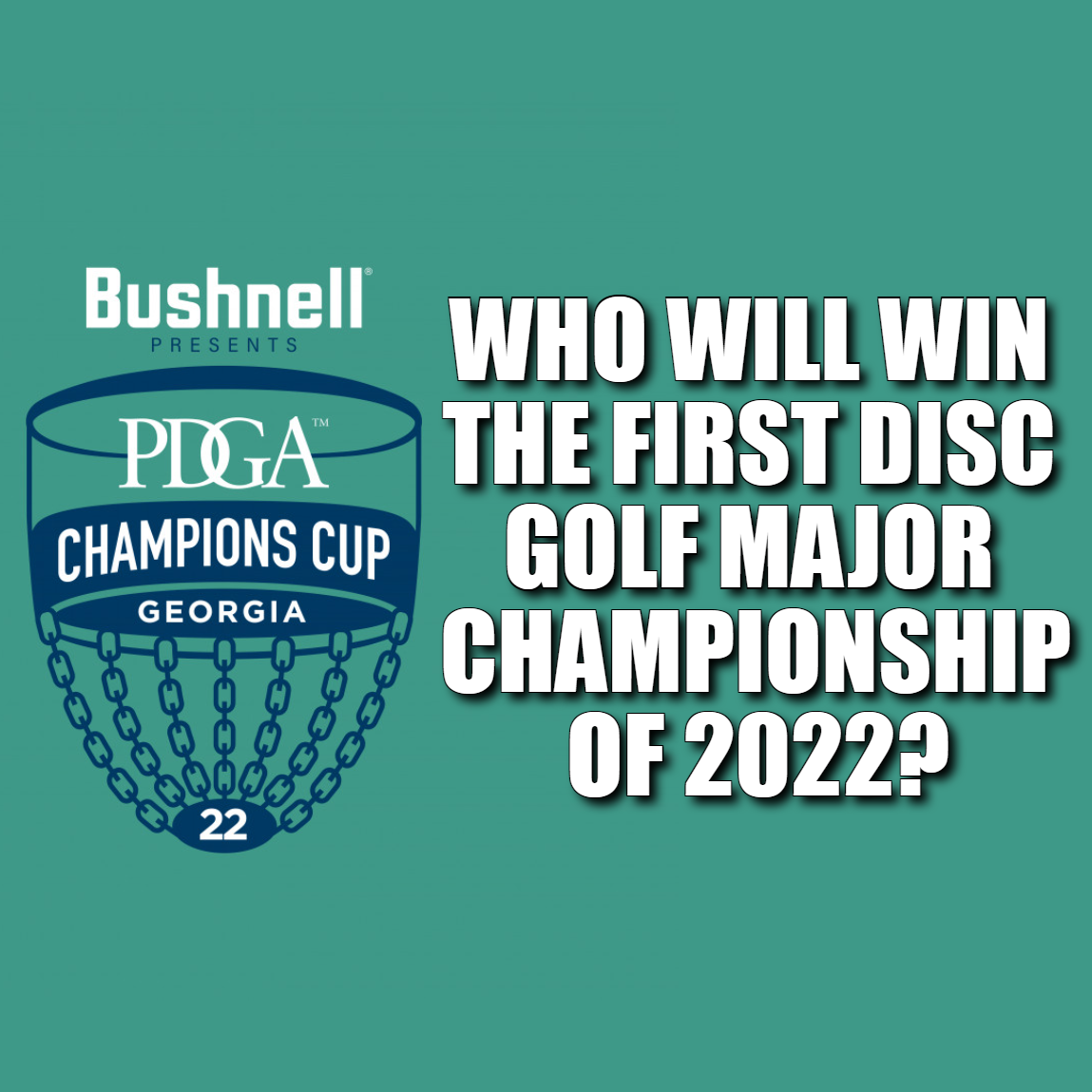 The first disc golf major championship of 2022 — The PDGA Champions Cup — is set to take place later this week on the famed W.R. Jackson course in Appling, Georgia. The tough woods course is hosting its first major since the 2017 PDGA World Championships, won by Ricky Wysocki and Paige Pierce.

Which players are most likely to walk away with the MPO and FPO titles on Sunday? To answer that question, let’s take a look at the two events held at W.R. Jackson that we have UDisc statistics for — the 2018 and 2019 Ed Headrick Hall of Fame Classics. We will look at the MPO side first, then move to the FPO side.

A short video preview of the 2022 Champions Cup from PDGA itself:

Paul McBeth and Gregg Barsby finished first and second in the 2018 HOF Classic, while Calvin Heimburg, Adam Hammes and Chris Dickerson took the top three spots in the 2019 HOF Classic.

In the 2019 MPO event, all of the top eight finishers ranked in the top nine in C1R. Thirteen of the top 14 in C2R finished tied for 14th or better.

The “strokes gained tee to green” and “strokes gained putting” numbers further tell the tale of W.R. Jackson — hot putting can improve your position a couple spots, but if you’re not among the leaders from tee to green, your chances of winning are nonexistent.

What Are The Disc Golf Circles? Which players lead the way in C1R and C2R rate?

In 2021, the world’s top five players were all among the best in C1R and C2R percentages — as one would expect:

Interestingly, the next four best players (who are entered in the Champions Cup) in combined C1R and C2R were Europeans:

As for 2022, here are the players entered in the Champions Cup who are leading in C1R and C2R:

Ever wondered what putters professional disc golfers use?

I’ve compiled a database of professional players and what kind of putters they are using, check it out here!

So who do I think are the favorites this weekend?

Chris Dickerson is red-hot right now, having won a pair of DGPT Silver Series events (Open at Belton, Music City Open). He’s also always a good bet at W.R. Jackson, finishing tied for fifth in the 2017 Worlds, sixth in the 2018 HOF Classic and third in the 2019 HOF Classic. And of course, he has the statistical profile one would look for.

Calvin Heimburg won the last significant event played at W.R. Jackson (the 2019 HOF Classic) and is hotter than anyone in C1R and C2R so far in 2022. Can he finally break through and win his first major?

Ricky Wysocki and Paul McBeth are always going to be among the favorites, and it’s no different here.

And be on the lookout for a possible European breakthrough. It’s been 13 years since Jesper Lundmark won the last major title by a European player, the 2009 European Open. But the statistical profile of several Europeans suits W.R. Jackson well. One of them is Albert Tamm, who just won the DGPT Silver Series Open at Tallahassee, the first DGPT victory by a native European since Simon Lizotte won the first DGPT event of 2018.

2022 DGPT winners and TOP rated rounds, both MPO & FPO. Click here to check them out!

The last three significant events held on the W.R. Jackson course — 2017 Worlds and the 2018 and 2019 HOF Classics — have finished without much suspense. Paige Pierce won the 2017 world title by five shots, Catrina Allen dominated the 2018 HOF Classic by an eight-shot margin, and Sarah Hokom beat Pierce by four shots — with Pierce five more shots ahead of third — in the 2019 HOF Classic.

Scrambling also played more of a factor in the 2019 HOF Classic (on the FPO side). The top seven in scrambling all finished in the top eight overall.

Five players in particular stand out for their repeated strong performances on the W.R. Jackson course:

In addition, Holly Finley tied for seventh in the 2018 HOF Classic, and placed fourth in 2019.

Statistically, these players led the way in C1R and C2R in 2021:

And these players are leading the way in 2022:

Also worth mentioning, these five players stand out in scrambling over the 2021 and 2022 seasons (it can be a pretty volatile stat from year to year):

Worth noting, Valerie Mandujano has been on fire scrambling so far this season, her 59% success rate leading the FPO field by seven percent over Ohn Scoggins (52%).

Who are the FPO favorites this weekend?

This is a great chance for Eveliina Salonen to pick up her second major championship. This course favors her strengths from tee to green, and minimizes her glaring weakness (putting).

The world’s top three FPO players — Paige Pierce, Catrina Allen and Kristin Tattar — will almost certainly be in the mix at or near the top of the leaderboard.

Based on their past success at W.R. Jackson, Sarah Hokom, Jessica Weese and Lisa Fajkus must be considered decent sleeper picks.

Keep an eye on Valerie Mandujano, who already broke through for her first DGPT victory (the Waco Charity Open) and has a solid statistical profile for success at W.R. Jackson

Continue Reading
link to Doesn't matter how good you are or how long you've been playing disc golf, you will keep hitting "first available" from time to time ...
Continue Reading

Where did the disc come from? 😂

Where are you playing this weekend? 🤔

Some ACES just leave you speechless. This is the h

Guess how long was this throw 🤔

Who's ready for the glow season? 🙋‍♂️

When was the last time you took your pet tree out